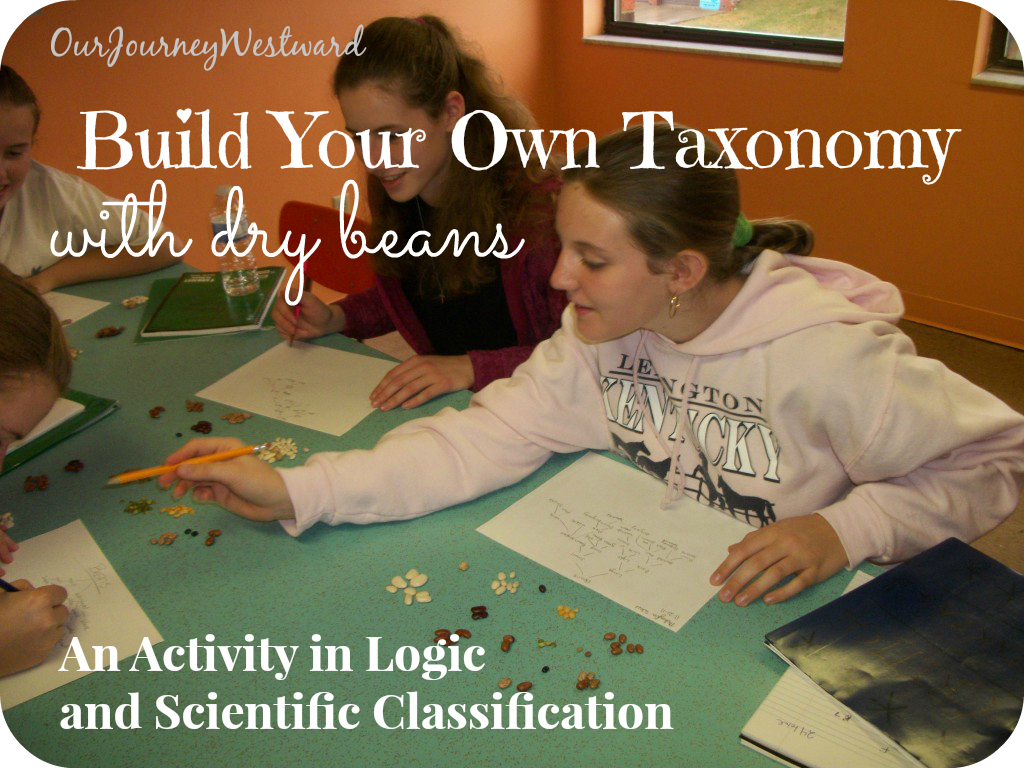 Remember the candy classification post from a couple months ago?  My logic classes at co-op did a similar activity with 15-bean soup mix. 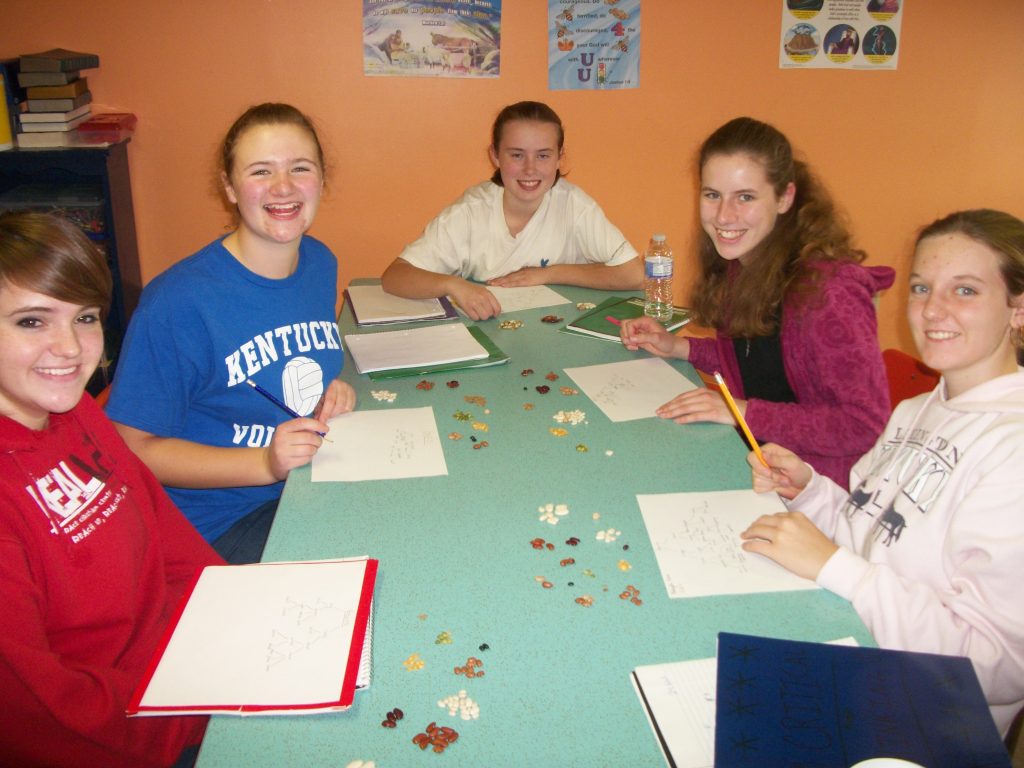 Before jumping into the bean classification activity, we talked about plant and animal classification.  I showed them a pictorial example of how animals are classified and then further classified until each animal is eventually in it’s own category.

Each student was given a small pile of beans – approximately 50-60 beans with at least one of every variety in the pile.  (I allowed my middle school group to work in teams of two or three students.) 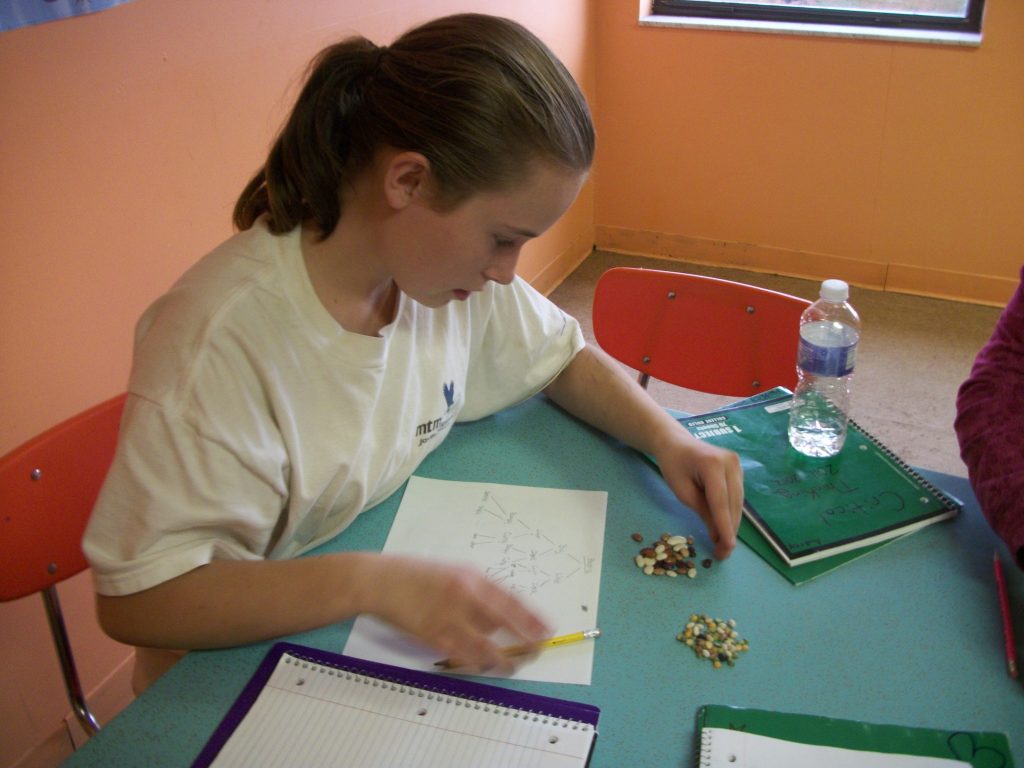 I challenged them to create a classification system for their beans, making sure each bean ended up in its own category in the end.  They were asked to use any characteristics they wished to separate the beans, with only two rules:

With each new separation based on a new characteristic, they were expected to note it on a chart so that, in the end, they could tell me the full “taxonomy” of each bean.

Differences in the Charts

Each  bean classification chart was unique because each student (or group of students) began with different characteristics of separation.  So, when one person first separated the beans into large and small groups, another student might have used the categories of dark and light or oval and round.

I used this opportunity to discuss how Carolus Linnaeus “invented” the modern classification system of plants and animals in the 1700’s, but scientists even today don’t always agree about exact placements in the taxonomy. 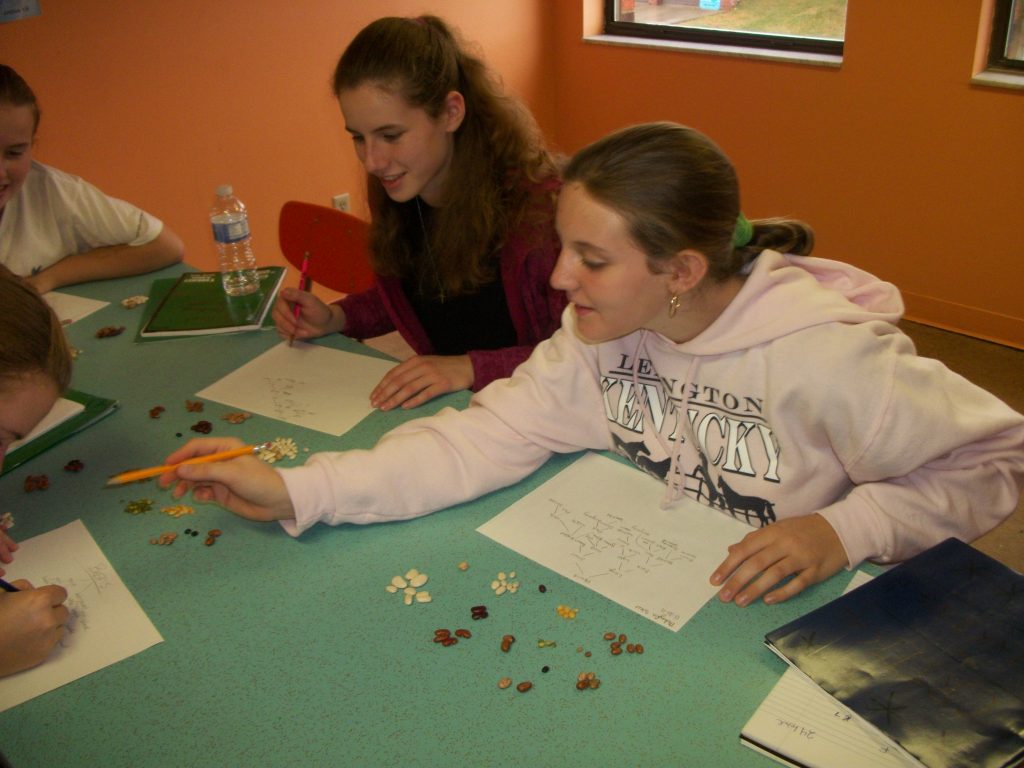 The kids all loved this activity!  Besides science and logic, it was a great lesson in chart making, debate and cooperation!

Don’t worry if you don’t have the opportunity to do this with a class of students, it works great with one or more at home, too!

Read here to learn more about my co-op logic class.