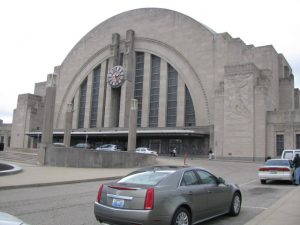 Every once in a while, blogging has nice perks.  As a blogger in the Greater Cincinnati area, my children and I were invited to tour the traveling exhibit, Cleopatra: The Search for the Last Queen of Egypt, at the Cincinnati Museum Center.  We just so happened to be finishing up Ancient Greek history and moving into Ancient Roman history.  Can you believe the perfect timing?  (Thank you, Lord!) 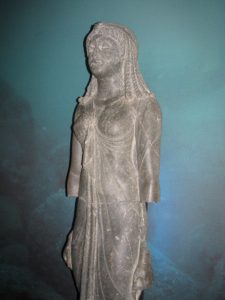 If you live in the area and have children upper elementary and older, it’s a super exhibit!  Two archaeologists have unearthed amazing artifacts that have been buried under land and sea for nearly 2,000 years in the area of Alexandria where Cleopatra once ruled.  On the self-guided tour, you’re supplied with a listening device that acts as a “tour guide” as you press numbers relating to the displays.  The listening device allows each person to go through the exhibit at their own pace, listening to a new bit of info (1-3 minutes worth) only when ready.  So, those who want to take more time to read signs, observe artifacts, or view a short film aren’t hindered by the rest of the tour group. 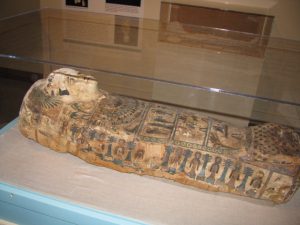 The artifacts are outstanding!  At the same time, remembering that the Ancient Egyptians, Greeks and Romans were idol worshipers, there are a lot of artifacts relating to idols and idol worship.  This is all part of the history.  As uncomfortable as it made me to view a giant statue which people of the time bowed to in worship, it only served to strengthen my trust in the Lord knowing that He would never be found buried and partly eroded at the bottom of the Mediterranean Sea! 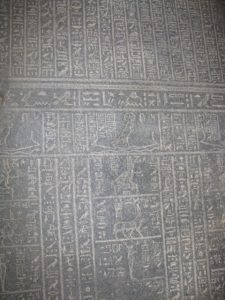 It wasn’t all idols, though!  There were beautiful examples of hieroglyphics, ancient jewels, Egyptian, Greek and Roman coins, architecture, Egyptian canopic jars and much more.  There were also short films highlighting the archaeological digs, legends of the time, and how Cleopatra has been immortalized throughout history. 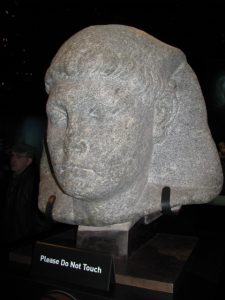 The exhibit takes you through the life of Cleopatra, one major event at a time.  So, in one area, you learn about her culture, then move into a section highlighting her relationship with Julius Caesar.  Mark Antony and all the tumultuous events surrounding their relationship and the political situations are covered in the next area.  Finally, you learn how her life ended and how her legend lives on.  With Cleopatra’s life revolving around selfish gain, power, scandal and affairs, the exhibit is not suited for younger ears and eyes.  I was fine with my 5th grader taking part, but we talked about the sticky issues later. 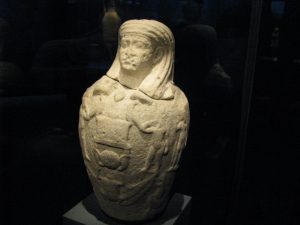 The entire tour only took us a little more than an hour.  At $23 for adults and $15 for children, it’s pretty costly for the time spent. And, for a small additional fee (you’d have to call to find out exact prices), you can get an all-museum pass and spend the rest of the day visiting the: 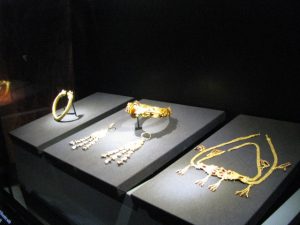 We had a great day and are very thankful for the invitation!  Let me know if you have a chance to visit the exhibit.  I’d love to hear your thoughts on it!