We love the State Fair!  This year was our first time being more than spectators and we had a busy, but exciting blast.  The big kids showed goats two nights in a row, which left two days full of exploring all the sights and sounds.

Some kind friends hauled our two goats to the fair with them.  We just had to unpack our things and check on the goats once we arrived.  Bless their hearts – our friends saved us a lot of hassle! 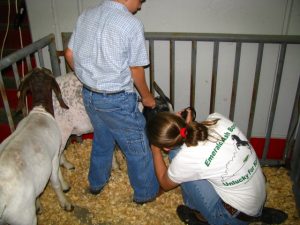 Our goats were penned just inside the stadium, so we had great seats for all the shows.  We just parked ourselves right above our goats’ pen and enjoyed the view. 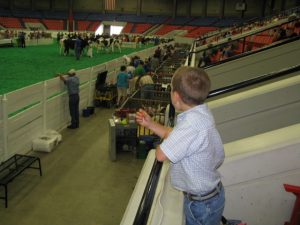 Some of our daytime excitement included exhibits of all sorts.  The 4-H experiment stations were the most fun!  Below, we’re testing the pH levels of various liquids.  We also got to make electrical circuits, extract DNA strands from fruit, and become CSI’s by examining maggots on a “dead body”, among other things. 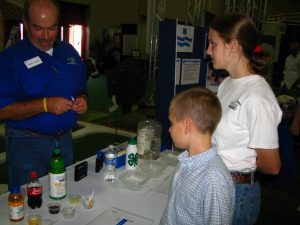 In the health section of the fair, we were able to have vision, skin cancer and chiropractic screenings – and could’ve had several other screenings ALL FREE if we had wanted to.  One of the local cancer hospitals had a robot like they use for laser surgery that we were able to use, and there were all sorts of healthy eating games for the kids to play. 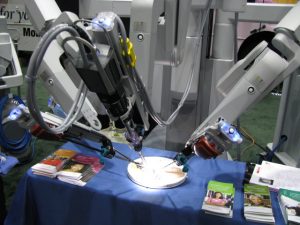 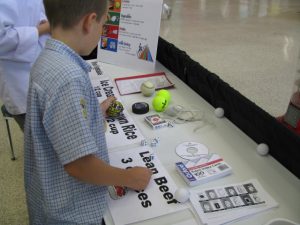 Eli enjoyed a ride through the KY State Police Safety City (even though the officer had to put his foot in front of Eli’s wheel to keep him from taking off as instructions were given.) 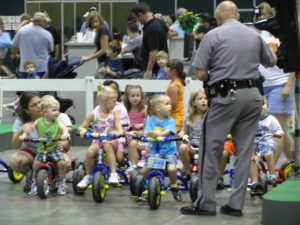 Even the livestock barns had a few hands-on things to do. 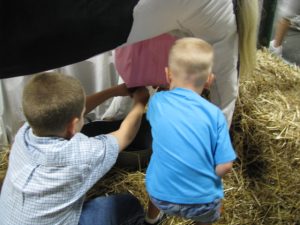 Our evenings were spent doing a lot of waiting for goat shows, but the time spent was sweet. 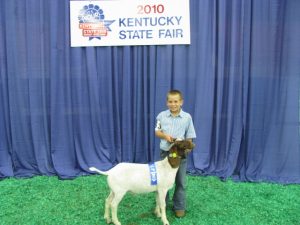 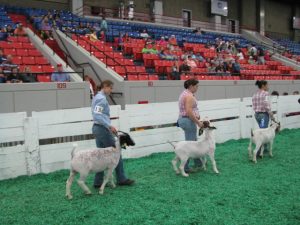 Math, grammar, spelling and all the other book work is important, but these are the learning experiences that will really make long term impressions!